Black Ice, CES and the Future of Infotainment

One morning last week the traffic on the way to work was terrible. A commute that normally takes 25 minutes took well over an hour so I had some time to think about what I seen and heard at CES recently.

I drive a 2001 BMW 3 series and when I bought it, it came with a high end radio and CD player.  The radio can display the name of the song playing at any given time – a truly innovative feature way back in 2001J. 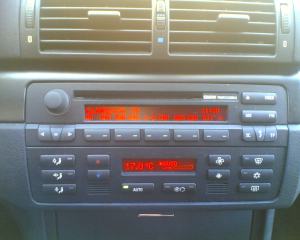 Fast forward to CES 2009 and now companies are providing voice recognition systems with natural language capabilities, media management, 3D navigation, off-board navigation with points of interest and other fascinating technology all aimed at making infotainment systems more and more useful and interactive. Companies are even working on remote update capabilities over wireless that will allow you to keep up to date with all the latest and greatest features.

All these nifty technologies create a bit of a problem for the automotive Tier 1s. People want them and the OEMs are specifying them for next generation head units. The Tier 1s are now faced with the daunting task of integrating many advanced features into their infotainment systems. This is a non-trivial undertaking and it gets worse with each new function added to the mix.

QNX has been listening. We went to CES to promote a vision to our ecosystem – a vision where we all work together to integrate our respective technologies and provide a unified platform to our customers. Our partners must have been hearing the same thing because they bought into the vision – lock, stock and barrel. 2009 will be an exciting year for all of us as we work towards executing on this platform.

So what does this have to do with black ice? The extremely cold weather we had last week caused ice to form on the roads. As you can imagine, that made driving pretty treacherous. There was a big accident on the highway and I spent 30 minutes trying to travel one kilometre.

Sometimes I take a slightly different route in the morning. If I had taken this alternate route, I would have avoided the traffic jam altogether. All I needed was someone on the radio to mention that the traffic was bad and I would have been fine. Somebody should invent something that helps people avoid traffic jams!

As it turns out, Telecommunication Systems, one of the partners I met at CES, does provide traffic information as part of their remote navigation offering. You actually get real time traffic data along with points of interest and other useful information all served up dynamically. If I had known about the traffic I would have taken the alternate route and saved myself half an hour. Of course I would have missed out on learning all the names of songs playing on my radio…

This entry was posted on Tuesday, January 20th, 2009 at 6:35 pm and is filed under Other Partner News. You can follow any responses to this entry through the RSS 2.0 feed. You can leave a response, or trackback from your own site.

2 Responses to Black Ice, CES and the Future of Infotainment